Afghan chaos: the lies and futility of partisan politics

Aug 22, 2021 | Posted by admin |
Afghan chaos exposed the hypocrisy of partisan thinking. This hopeless approach leaves the citizenry to disregard their leaders, convinced those in office worry more about placing blame than fixing problems.

If you’re a straight partisan thinker down the line to the Left or Right, accept that you will eventually become a political hypocrite. The rigors of real-world events have no obligation to adhere to conservative or progressive edicts, and the cyclical nature of politics eventually, yet invariably, throws a loyal political foot soldier’s stones right back at their glass houses of origin.

To simplify this two-party phenomenon, the tactics amount to: “If it’s our idea, it’s good and right and true. If it’s their plan, it’s corrupt and immoral and doomed. If our guy eats the baby, we make excuses. If their guy dines on the infant, storm the gates.”

Perhaps the easiest demonstration of this hackery involves two of America’s most proficient woman-abusing presidents, Bill Clinton and Donald Trump. During the height of the Lewinsky scandal (an event that made my life hell for the last couple of decades, with people asking the same obvious, dull-witted question – no, I’m not related) Democrat defenders insisted Clinton’s abuses of power and careful, legalese lies dealt only with sex and weren’t high crimes or misdemeanors. Republican assassins insisted Clinton’s lowlife circus in the Oval Office was grounds for removal.

Jump ahead to the reign of the Republicans’ own Sexual Predator in Chief, as Trump danced around the Stormy Daniels soap opera. It was the Democrats’ turn to clutch their pearls over an opposing president’s peccadilloes, while Republicans insisted it was all just locker room shenanigans.

For the silent majority of people who aren’t dead-on ‘us vs. them’ drones, such direct parallels of misdeeds and mishandling make it clear there’s no moral center to either political philosophy. There is no standard of conduct or legal considerations – just ‘winning.’ We’re left with only tribal warfare as the pawns of either side’s kings and queens will say or do anything to win the moment, regardless of the long-term sacrifice of accountability. 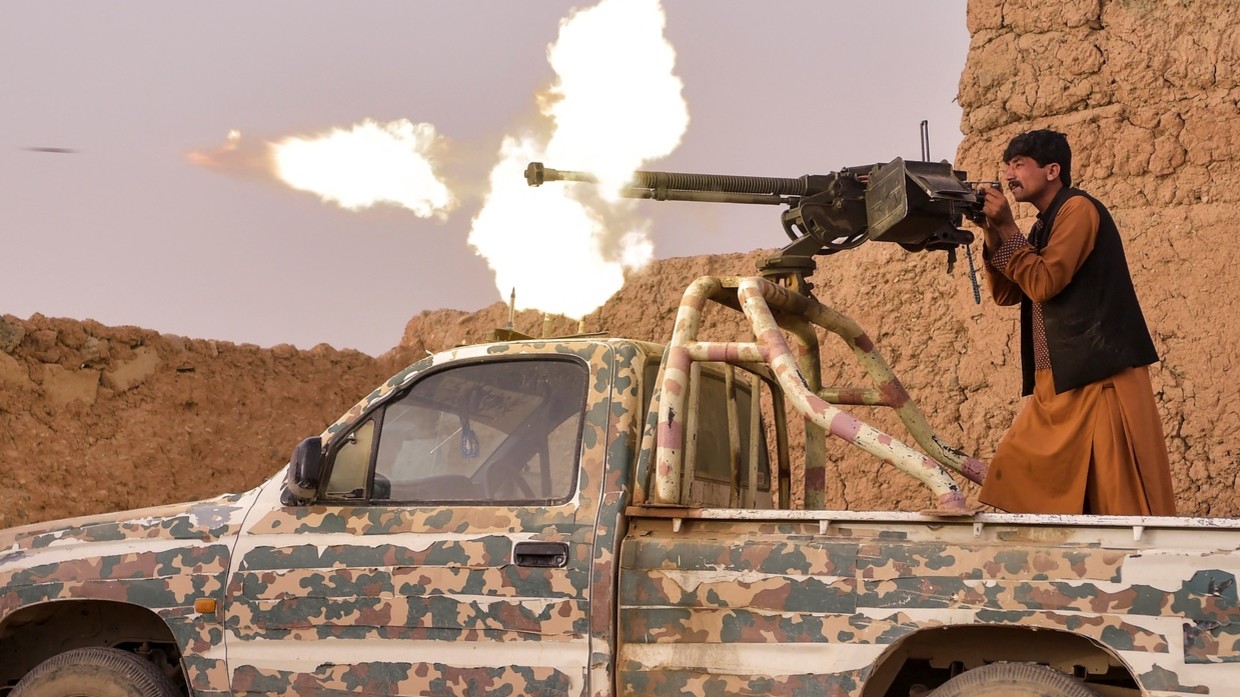 We take you live to Afghanistan as the brute-hearted Taliban are sharpening up their stones as I type to distribute amongst both gangs of glass residential denizens. While the fundamentalist fanatics retake control of the forsaken country and begin their enthusiastic abuse of women, children and anyone who doesn’t agree with their religious standards to the Islamic letter, politicians from both ends of our spectrum turn their weapons from the hills of Kandahar towards each other. If only the West’s decision makers put as much effort into their Afghani withdrawal plans as they did their excuses and reasons why murders in the streets of Kabul are the other side’s fault.

We have Donald Trump’s supporters with their self-righteous noses airborne, pointing at President Biden’s bungled handling of the past week. While US troops rush to evacuate the American embassy in a rerun matinee of missed Saigon, the loyal conservative rank and defiled conveniently forget that it was Trump himself who fast-tracked the idea of pulling American forces out of the region.

It’s hard to imagine now how Trump’s original handover plans would have worked out any better than Biden’s bobbling. Still, it would at least be entertaining to watch as a master double-talker like Trump struggled to make even remotely believable excuses while Afghan refugees clung to the wings of evac aircraft.

Lest we forget the convenient amnesia of the Left, the camp that denies the US has any enemies worth fighting (outside the Republican Party). Progressives have demanded that American forces get out of any Middle East engagements since the reign of Bush the Second. Of course, their demands became significantly ASMR-ish as golden child Obama left troops on the ground throughout the region, while he played with scores of lethal drone strikes.

Now that Biden has to skip his daily jello cup for briefings on the biggest US foreign affairs disaster since the Iran hostage crisis, progressives have to root their confused grandpa on while denying they’d burn down Mar-a-Lago if Trump let this flaming dumpster burn through Afghanistan’s longest night.

The response from the unconcerned to all of this oafish gamesmanship would run something like: “Why worry? Like lawyers and Hollywood agents, you know politicians are lying when their lips move.” Still, there’s irreparable damage done to the public trust when political standards shift with the winds to protect their untethered keepers.

If something was just and fair yesterday for the party in power, but not today because it might benefit their enemies, the working men and women grinding through their day and making their country run must eventually realize that no one in power represents them – only fellow party chieftains. The not-so-common folks are left to hope the vital issues that matter to their lives somehow fall within the purview of a given party’s self-interest and image, as it’s only those prizes a party will defend.

It also can’t reassure a weary voter that neither political party has the basic sense to realize the spin of the political wheel always brings the same issues to bear on either philosophy. What dogs your enemy faces today will come around in a pack and bite your backside tomorrow. To behave as though every leader doesn’t have to pass through the same canine gauntlet stinks of careless arrogance bordering on insanity.

There’s a famous saying often credited to the strict, demanding world of Japanese business: “Fix the problem, not the blame.” In our modern realm of mindless, polarized groupthink, it’s obvious solving any problem is impossible with a split political system always looking for ways to torpedo their rivals with assigned responsibility.

In fact, in the partisan world, it’s better to let injustice and suffering continue. Without it, what blame bomb would a loyal politico have to lob at their foes? The fact that it’s usually non-partisans that take the brunt of the resulting blast never gets in the way of a good, never-ending war.

As a journalist, John Scott Lewinski hustles around the world, writing for more than 30 international news organization covering news, lifestyle and technology. As an author, he is represented by the Fineprint Literary Agency, New York.