On April 15, 2013, the unthinkable happened….the Boston Marathon bombings. In the aftermath, Whately, MA resident Douglas Potoksky heard about the thousands of paper, floral and cloth memorials and wanted to photograph everything before the rains came and the messages faded. This turned into his second photographic book “Remember Boston.”  available on Amazon.His first book “American Heart: a Remembrance” remembers the 9/11 attack. 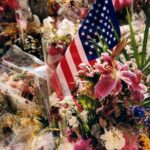 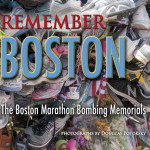 I’ve been carrying my camera taking photographs for the past 30 years and have many of my photographs hanging in the homes of my friends, family, and associates. In the beginning, taking photographs was a way for me to get closer to the moment. Now, that has evolved and not only do I feel that it brings me closer to the moment, but I find myself getting more involved with the details of what I shoot. I’ve always tried to capture something special in my photographs–I shoot more for the energy and spirit than for the technical aspects.

My reason for going to New York…

After 9/11 I wanted to do something to help New York and with my background as a professional chef, I thought I could maybe volunteer at one of the shelters to cook, but I also brought my camera along to see what kind of images I might capture. Though I never was able to contribute via my cooking, some of my photographs were accepted to the Gallery in Soho “Here is New York” which is helping to raise money for children’s charities, so I did end up doing something to help, even if it wasn’t what I first thought it might be.

After staying overnight at a friend’s, on Saturday morning, Sept. 22, 2001, I got up and the first place I went to was Times Square. As I sat down to have lunch there, I ended up talking to a security policeman who works that area and we had a discussion about 9/11. He was very saddened by the loss of many of his friends who had been firemen. He recommended to me that if I wanted to share my feelings that I go to the Firehouse on 8th Avenue–Engine 54, Ladder 4, Battalion 9–just a few blocks away, where many of his friends had been lost. As I walked up to the fire station I was taken aback by the size of the memorial that was going on in front for the fifteen firemen from there who had lost their lives. There was a group of firemen who were standing in the engine bay as I walked up. I shared my feelings and my heart went out to their loss and their friends who had lost their lives. I felt I was there speaking to them as a representative of many around the world who would have liked to make this trip, and who also wanted to share their feeling but couldn’t. I’m not very good at dealing with death, yet here I was looking at each fireman in the eye and sharing their grief. I found strength that I never thought I had through this sharing and found inspiration that I feel was expressed through my photographs.

One of the most stunning photos I captured that trip was taken on the heels of my conversation with the firemen right in front of the firehouse–the one with the flag in the midst of the flowers that had been sent to the station. I felt I captured the strength, innocence, and spirit of healing that were being expressed throughout this country at that moment. A copy of this photograph is now hanging in this firehouse, and also Penn Station, California, New Jersey, and even Europe. The reaction of people to this photograph has struck a deep chord and seems to be a part of the healing that is taking place.

After taking many photographs for a couple hours at the firehouse I decided to move over to Union Square where I’d heard that many memorials were being placed and where I took the rest of my photographs.

Arriving at Union Square I was once again taken aback by the outpouring of healing, love, and energy being expressed through the flowers, candies, photos, and memorials. I tried to capture that energy and feeling as best I could through my photographs. As I found myself taking pictures, it was another way of helping me to heal within myself with each individual situation or person for whom the memorials were placed. I found myself being very emotional as I was taking the pictures and connecting personally with each one.

One of the most touching experiences I had all day was my connection with the story of Susan Rose. Towards the end of the day I found myself sitting there looking at the photograph of a beautiful girl named Susan Rose. I felt deep sorrow and pain that she was no longer alive. I sat there and stared at the memorial that was set up for her, not believing that this beautiful person was no longer here. As I was sitting there, two people walked up to her memorial and as I watched, the man pinned up another photograph of Susan. I happened to take a picture at that moment. I overheard them say that they were sorry they didn’t have any photos or video to take back to their family. I went up to both of them and said “I hope you don’t mind that I took a photograph of you pinning up a picture of Susan Rose. I’d gladly offer you a copy of it.”

They asked if I wouldn’t mind taking some pictures of their memorial for them and at that moment I realized this must be her father. I asked if he was and he said yes, that he was her father and there with his daughter, Susan’s sister. Her sister, Anne, said “and all of her younger sister’s at home are still waiting for her to return.” At that moment, I lost it. After walking around all day in New York and taking it all in, I was finally emotionally overcome. There weren’t any words left, all I could do at that moment was to be there and hug both of them. Those memories of that day were so potent that I feel them today as strongly as I did then. 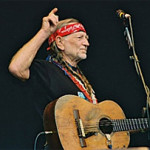 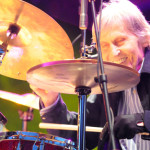