An individual artist explores and gives the world a view of their personal heightened awareness. Artists see and think with keen beliefs and insights. Reflection of human and societal concerns which cross emotional boundaries communicating that which is unspoken. Nancy Bechtol Portfolio.

Evolving from a fine arts background to a digital, new media arena in the early 1980s, I count among my teachers as Phil Morton, SAIC Video founder; and early on the Chicago Hairy Who tradition with Don Baum, among others, including my father. Seeing the other, seeing new visions–Photography is in my blood. Early on, I was engaged by my Dad taking 16 mm movies, then 8 mm when I was encouraged to ‘try it” now and then, obsession occurred rapidly. He always spent time with composing the photo that stuck with me. My grandfather was a commercial photographer. My father, a photographer in the Navy WWII. Years later, growing up, he would take out the war photos of Papua New Guinea, worlds away and showed us his work. He was also a commercial photographer for a while, and always in love with taking pictures of the family. I developed my first photos, in B/W, in a closet darkroom, taught by my Dad at age 7 using my brownie camera at first, then the Rolicord viewfinder.

My Mom always enjoyed taking photos also and drawing with me. Seeing your work on the ice box does a lot for ego. I remained engaged by seeing, doing and capturing the moment. I collect experiences. This has extended since the 70s to video art and documentation works to the present day, on and on… 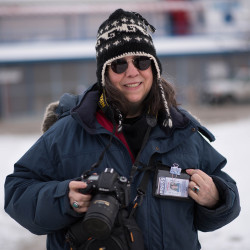